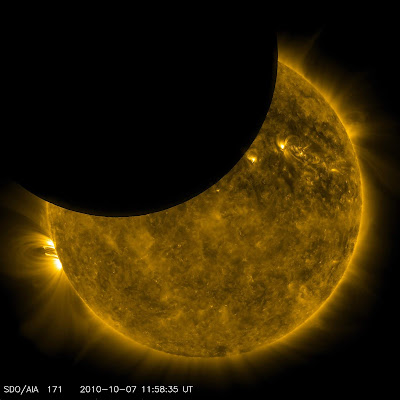 Fearing the Sun, the Moon pales.

Long ago, the Moon was made the wife of the Sun. Alas, the Sun was very angry when the Moon ran ahead of him, so the Moon grew small and pale. Now, the Moon grows larger for a while but soon fades away again, remembering the Sun's anger and temperament.

Author's Note: For this set of microfictions, I chose to write my own versions of Why of the Moon is Pale. The original story tells of how Small Turtle made Sun out of Lightning and made Moon his wife. Now, Moon was smaller than Sun, but equally as bright. The animals bore a hold through the earth so that Sun and Moon could begin their journey again in the east. Alas, when Moon ran ahead, Sun grew very angry. Frightened at Sun's anger, Moon grew small and pale. Small Turtle tried to make her large again, so now she grows big, but she grows small and pale again when she remembers Sun's anger. For my firs…
2 comments
Read more 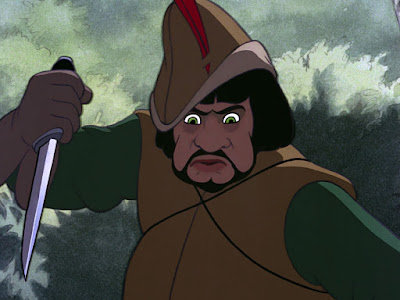 I spent my days wandering the woods, hunting for deer and boar. This was my livelihood, and with my rewards from my hunt, I provided for my lovely wife and young daughter. I dearly loved them both and did my best to care for them.

One day, one of the king's messengers sent for me. I obliged to come forth, though I questioned why he would summon such a common huntsman as myself. I later learned that the queen had summoned me to do away with her step-child. She loathed the child greatly, for the child had grown to so beautiful that the queen's beauty paled in comparison.

The queen bade me to lead her step-child, Snow-White, in the middle of the woods and take her heart out as a token of the treacherous deed. Now, I was reluctant at first, for I was unwilling to kill such a young and fair maiden. Still, the queen persisted, offering large amounts of gold and silver to me. Knowing that I should do well to support and care for my own family, I agreed to do her bidding. 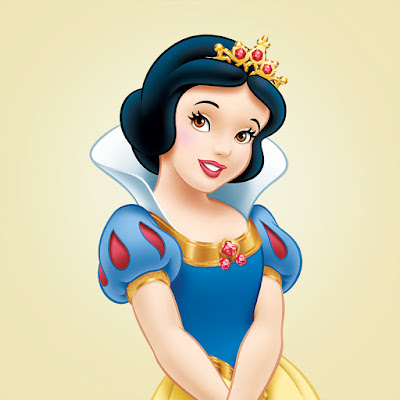 There was once a very beautiful queen. In the middle of winter, a daughter was born to her. She had skin as white as snow, lips as red as blood, and hair as black as ebony, just as the mother had wished. However, the queen died when the wee girl, Snow-White, was born to her.

After a year had passed, the king took another wife, but she was proud and unwilling to be surpassed in beauty by any other maiden. She possessed a magic looking-glass, to which she asked who the fairest maiden was of them all. Every time she asked, the looking-glass would say that it was she was the fairest of them all, for it only spoke the truth.

Now, Snow-White grew prettier, and when she was seven years old, the looking-glass proclaimed her as the fairest of them all. The queen was greatly angered by this proclamation and set about Snow-White's doom. So, she called upon a huntsman to take Snow-White out to the woods and take out her heart as a token.

Reading Notes: Part A for Week 15: Crane - The Fisherman and His Wife 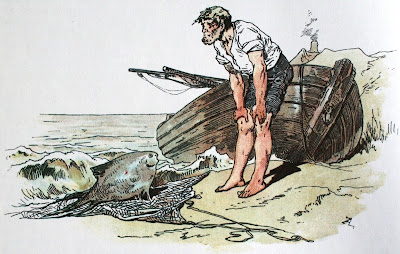 There was once a poor fisherman and his wife who lived by the sea shore. They lived in an old hovel, and the wife was quite unhappy with it. One day, the fisherman went fishing and sat waiting all day long for a single catch.

At last, he reeled in a great flounder, but he discovered that it was an enchanted prince. The prince begged the fisherman for his life, adamant that he will not taste well. So, the fisherman released the flounder back into the water, walking home empty-handed from a long day of hard work.

Upon coming home, the fisherman is met with dismay and outbursts from this wife for coming home with no fish. He then told his wife of the enchanted flounder he caught, to which she asked if he had asked it for a wish. Hearing his reply, the wife insisted that the husband return to the fish and ask for a little cottage, for the old hovel was much too small and cramped for the wife.

So, the fisherman returned to see the fish, and the sea was green and yellow, quite a peculiar si…
Post a Comment
Read more 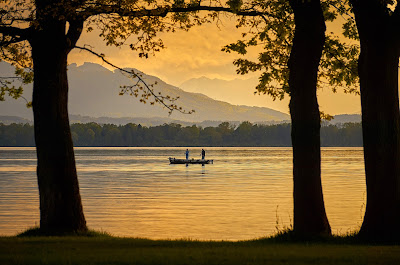 Men who disobeyed turned into monkeys.

God told men to not fish on Sundays. Yet, the men fished, so they were turned into monkeys.

Fishermen on a Lake - Courtesy of Phelps Law Office

Author's Note: For this set of microfictions, I opted to write my own versions of The Origin of Monkeys. The original story tells of how a man of God came to men and told them not to fish on Sundays, for the fish needed a day to feed. The men obliged and went about home to rest. Then, a woman came and saw the many fish feeding in the water. She came home to the men at once and bid them to go fish, else they be loved no more. So, the men head out to fish again, but God turned them into monkeys for disobeying. For my first microfiction of 6 words, I tried to remain abstract in my word choice. Readers who know the original story will be able to make sense of the few words. Conversely, readers who are unfamiliar with the original story will be able to use their …
Post a Comment
Read more

Week 14 Story: How I Got Outsmarted by a Mere Peasant 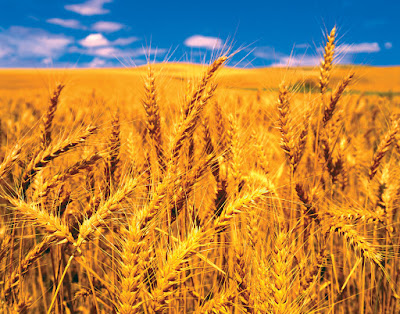 I was but a little devil. I toiled under the earth's surface but could bear no more. I yearned for some fruits of the earth, so I went on about my journey to the surface. There I surface, upon a pile of hot coals, in a peasant's field, where I watched him work the soil. Here I lay in wait until he approached me.

So, when the peasant finished with tending to his field, he began making his way home when he spotted me. Having peaked the peasant's curiosity, I patiently waited until he arrived. Upon his arrival, he asserted that I sit on top of a treasure.

To his blunt assertion, I confirmed his suspicion, for I had brought with me a treasure of gold and silver to bribe him of some of the fruits of his hard labor. So, I extended my offer out to the peasant. For the next two years, he shall give me half of everything his field produced, and in return, I shall give him my treasure of riches.

So, it was agreed that for the first year, I shall receive everything that grew above th…
1 comment
Read more

Reading Notes: Part B for Week 14: Ashliman - The Peasant and the Devil 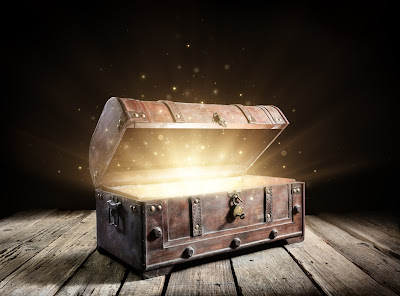 This story begins with a clever and with peasant who had been working in his field all day. As it was getting quite dark, he made preparation to head home when you spotted a pike a burning coals in his field. Amazed, he ventured toward the pile of coals and noticed a little black devil.

So, the peasant asserts that the devil must be sitting upon a treasure. The devil slyly agreed, stating that it contained more gold and silver than the peasant had ever seen in his life. Then, the devil bargained that the treasure shall be given the peasant in return for half of everything that is grown from the field for two years.

Upon harvest time, the devil was left with withered leaves, and the peasant left with his harvest of turnips. So, the devil would not be bested. Now, he shall have…
Post a Comment
Read more
More posts